When The Time Is Right 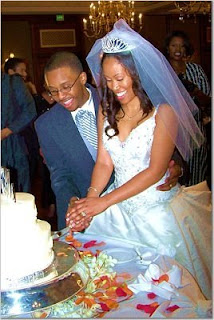 I'm writing this for women who feel like it will never happen for them. When the time is right. It will happen. Work on your relationship. Work on yourself. Exercise. Eat right. Take your vitamins. Pray. Don't stress. Jehovah knows what's best.

My husband and I got married in 2007 after 4 years of dating. In retrospect, we were young and dumb. He was still in residency, I was still in school but we both knew that we were made for each other. The first four years of our marriage were TOUGH! Mostly due to selfishness and immaturity on both parts. What people don't tell you about getting married is that you don't automatically think like a wife or a husband right after you say "I do". There's no switch. You have to grow into those roles.
We had essentially been in a long distance relationship the entire 4 years that we dated. Even though DC and Baltimore aren't that far from each other, with his school schedule and my work and school schedule, the weekends or every other weekend was when we spent time together. The rest of the time was spent talking on the phone. No Facetime back then. LOL! Sometimes we went as long as 6 weeks with out actually seeing each other. Absence makes the heart grow fonder but you also don't realize how annoying someone can be when you aren't around them all the time. 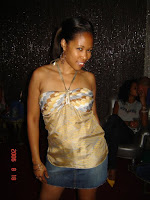 I was I-N-D-E-P-E-D-E-N-T. I had purchased my home and maybe one investment property. I had a car. I was making decent money. I lived alone. I was used to coming and going as I pleased because I had no one to be accountable to. I liked things a certain way. The right
way. My way. I was brash and bossy. I was a caretaker. I did everything and did not expect him to help out around the house because he was working 80-100 hours per week. I handle all of his "business" without him asking for help. I did not allow any negative consequences so that he could figure stuff out on his own and learn. 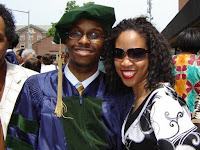 He was "focused" on his career, which meant quality time with me was often neglected. If it came down to spending time with me doing something he didn't necessarily want to do or work/sleeping for work or softball, he had a habit of choosing something other than me. He did not offer to help me out around the house because usually it was taken care of. He ignored me when I fussed.

We never put our marital problems on blast. EVER! We worked on them in private. I'd joke when people asked me when we were gonna start a family and say "We gotta figure out if we like each other enough before we do alladat." or "With all these advances in medicine, I got until a smooth 40 before pregnancy becomes an issue. I got trips to take."
But the reality was, we had some things to work through before we jumped into adding even more stress, like a crying infant. LOL! We had to get our finances in order. People assume because you're in a certain tax bracket or have a certain career that your money is right. No. We had to learn to set a budget and stick to it. I had my way of doing things and he never had any financial responsibility. He had been in school from age 6 to 26. We had to learn how to communicate with each other. We had to perfect our roles on the team. He learned to do laundry and dishes. I folded, dried and put them away. We budgeted in a housekeeper for all the other things. I went to the grocery store. He carried bags and put groceries away. I handled the bills and communicated where we were. He made sure I had access to everything I needed. Most importantly, we went to marriage counseling. I'm not talking about going to sit with our pastor at church or a marriage ministry bible study, not that there is anything wrong with that. But we needed something a little more candid. I'm talking about a certified therapist, who gave us assignments and helped us really hear each other. Our therapist gave us a book to read that really helped us understand each other better, Getting the Love You Want by Harville Hendrix, with the work book.
Once we went to therapy together, we were able to get to the root of "why" instead of focusing on the "what". Things were moving in the right direction but it still wasn't enough. Both of us had to do some work on ourselves, so still, to this day, we have regular individual therapy sessions. We have grown leaps and bounds....together. Once our communication improved, everything else improved. EVERYTHING.
We got our money right.  We traveled. We bought dumb stuff. Had regrets. We were finally able to got into our groove late into year 6.

Our marriage was on track. We had checked everything off of our bucket list from our 20s. We were in good places in our careers. We decided that we'd start trying for a baby in August 2015. August was ideal because we had a few trips in the summer and we wanted to be able to drink and do excursions. LOL! Although we are both healthy, it was still in the back of our minds that we were 35 years old and that we may encounter some difficulties getting pregnant now that we'd "done it right". You know, finished school, advanced our careers, traveled, enjoyed marriage, and THEN started a family.
We were both taking our vitamins, working out, eating right and so in July, we counted 14 days from the first day of my cycle and set the date to begin trying, August 1. At least twice a day, every other day for 7 days. We had fun. No stress.
I had some of my closest friends in town to celebrate my anniversary of birth, August 24, for the weekend. 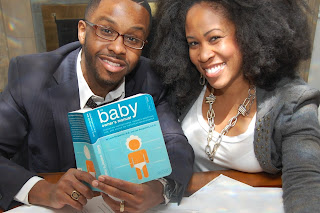 Lots of food, fun, and sun. AND libations. Then it hit me, my period was supposed to come. So I took a test before they left. That thang turned positive within 30 seconds. I showed my husband. He high fived me, like I was a softball teammates. LOL! We had done it. The time was right. We were in a good place in our marriage and in life. Jehovah had blessed us at 35 with our first son. No fertility treatments, even though those vitamins had our loins on fleek. LOL! No stress. No in vitro. Just love. We celebrated 8 years of marriage this year and pray for a healthy baby boy to be born in April 2016. God is good.