I've always found the "*insert porn star's name* Does *insert location*" titles hilarious. So I use this format to describe my vacations. HarDeeHarHar! Ok. So, my sisters and I have started a tradition where we go on a sister's trip every August, our birthday month. They are in to fashion and designer trinkets but my Dora The Explorer lessons have encouraged them to add traveling to their budget too. I was an only child for 13 years, so I traveled a lot as a child before they came along. I have the travel bug. My closest friends and I have been traveling way before Travel Noire became a thing. My yearly travel schedule is usually filled with standing trips before we even start receiving invites to destination weddings and things like that. Fancy's yearly travels look like this:
In that order!
I've done almost multiple Caribbean vacations multiple times. To me, it's all the same. Blue water, cocktails and naps on the beach, fresh seafood, an excursion to zip line or ATV riding, blah blah blah. I do it once a year but I feel like I can do that in my backyard too, so I'm not enthused about spending $1500-$2000 pp to fly somewhere to do it. Plus, my wifi at home is popping. LOL! So, when it came time to plan our 2017 Sister's Trip we wanted to do something different. My sister's have never been overseas, so the first place they wanted to do is Italy, for the shopping, of course. But with all the Black Lives Matter and resurfacing of racism in America, we decided to start exploring the history of our mother land, Africa, instead of Europe.
Now Africa is a whole continent, so I did my research and talked to my Nigerian friends to ask them where we should start. I did the research, we established a budget, talked to a travel agent and eventually found a deal on Living Social. $1599 for an all-inclusive, 10 day tour of Egypt. Yes. That is correct $1600 for round trip flight, hotel accommodations in 4 different Egyptian cities, most meals, all transportation in and through each city, an expert tour guide, armed security, and a tourism police escort through Egypt. I say all this to say, traveling does not have to cost an arm and a leg. Shit. It costs more than $1600 for a nice weekend in Miami, FL for the weekend. This was half of our budget of $3000. 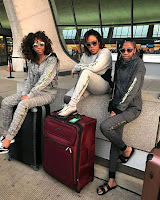 We booked it in January. August came really quickly. I was having anxiety the day before because it had just hit me that I would be leaving my son alone with my husband for 10 days. EEK! My stylist sister, Thee Fashioneer™, had custom sweats made for traveling. Our bags were less than 23 kgs. We hit the road. Well, the plane, but whatever. LOL!
Two flights, 16 hours later, we arrived in Cairo, Egypt. It was dark when we arrived but we knew we were not in Kansas anymore. If you followed my Instastory on @IyonnaWoods you saw the day to day adventures of our Egyptian experience. I'm not going to get into the minute details of our trip. I'm just going to list the highlights of our trip. 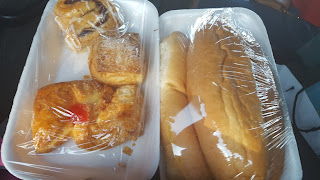 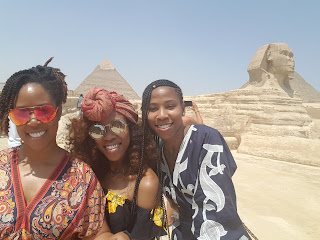 We bought a LivingSocial sold by Encounters Travel. It was one of the best travel experiences I have ever had. They thought of everything that we would experience and had a solution. They added all kinds of updates and surprises to our itinerary. Our tour guide, Big Mo, was extremely personable and knowledgeable. I would not hesitate to book travel directly through Encounters for any future travel needs.

Check out my full vacation album if you're bored at work or your son's football practice. Just click here.

Shameless Plug Alert:
We spent the majority of days and nights traipsing about in the African desert heat and sun. I'm talking 107℉ by 9:30a sun and heat. I only used Fancy Free Aluminum Free Deodorant and Fancy Free Milk for Hair & Skin as sunscreen. I did have pit sweat, I don't think the kind of deodorant matters in that kind of heat, but I did not smell bad at the end of the day. I did get slightly darker but I did not burn. Just so you know. These products are available at www.fancyfreellc.com.
Share:
Share on Facebook Tweet on Twitter Pin on Pinterest