The Shea-M of It All

As a newly minted naturalista, I spent a lot of time AND money trying out different hair products. I could never find anything that got it quite right which is why I started making my own. However, Shea Moisture quickly became one of my staple products for shampooing and conditioning. So much so that I often recommend it to my Natural Hair Consult clients. It's relatively inexpensive and chemical free, right in line with the Fancy Free motto - Fancy and Free of Chemicals. The fact that it's owned by a black family was a plus. An awesome plus. A big plus. However, in 2015, a larger company, Bain Capital, became an investor to the family owned and run Shea Moisture. With big investors come new "visions" for the company. We know that. It never fails. BUT when loyal customers, black women, voiced their concerns about what the new investors meant for the company and products, Shea Moisture executives reassured us that nothing about Shea Moisture's core values would change. In fact, partnering with an investor allowed Shea Moisture to free up resources that gave them more freedom and capitol to invest in the community. So they said. The reality is, to grow as a company, you need more money to expand. Dassit. Dassall.

Now, when I saw the name "Bain", y'all know what I thought of, right? Bane, the villain in that last Batman movie. I'm just saying. And the fact that Mitt Romney is part owner of the company, a rich, white man.... I'm just trying to figure out how this conversation even started. Anyway, my experience in the corporate world is that no one cares about the people, only the bottom line. So let's see how this plays a role in this Shea Moisture ad fiasco.
Black women spend an average of $7.5 billion dollars every year on beauty products. Let that sink in. Seven. Point. Five. But what do people with money want? MORE MONEY!!! If we have loyalty from our black women, how do we expand our territory? Market to them. I'm sure that's how the board meeting went. And then the marketing team came up with that "interesting" campaign for hair products. And WE WENT AWF! Like, seriously. We get it. You want to expand, so you switch up your target audience but at what cost? 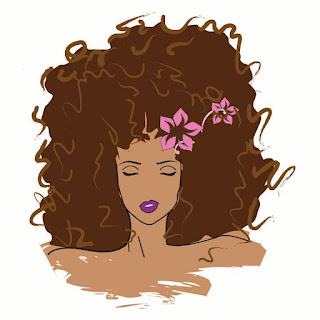 I started selling Fancy Free for Hair & Skin in March 2015 but I had been making it for myself since 2012. By summer 2015, I had an official logo, the Fancy Girl. A black girl, with big hair. She looks like me. She looks like my friends. She looks like a lot of the people who buy my products. My vision for Fancy Free is big.....YUGE - Donald Trump. In the beginning, I had some suggest I remove my beloved Fancy Girl to make it less ethnic. And it's true, when I'm out vending, some non-African Americans look at my banner and keep walking because they thinking it's not for them. However, the ones that try it, love it. They were not deterred by the brand of products that looks like it's not for them. They just wanted quality product. White isn't always right. African Americans rush to buy items that we never meant for us. Like, seriously, any shapely woman knows not to even try to fit into a pair of True Religion jeans. THEY WEREN'T MADE FOR US!!! Some designers have blatantly stated that they don't want black people wearing their clothes. They don't market to us. But we still buy for whatever reason.
I wish that the Shea Moisture executives had put their foot down at that meeting. I wish we didn't know that Shea Moisture thought that black women, who spend $7.5 billion dollars on beauty products, just wasn't enough for them. However, because we told them how we felt, they learned a valuable lesson and will tweak their approach. But....the damage is already done. I will still buy but only when I catch a B1G1 sale to combine with my coupons and can get it for next to nothing.

Shameless Plug Alert:
Fancy Free, LLC. is the manufacturer of quality products for hair and skin. Our motto is "Keeping you chemical free." Visit our website, www.fancyfreellc.com, to see a full range of our products and services. Sine up for our mailing list to receive natural hair tips and stay up to date on sales and the latest happenings with Fancy Free.